theotivity@gmail.com
The New Perspective on Paul and Justification – By Faith Alone? 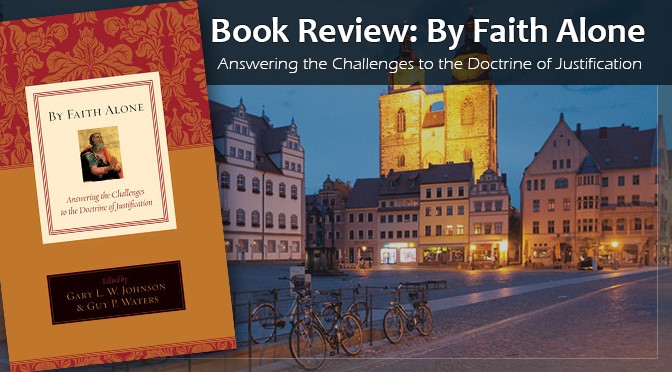 For many, the phrase, “The New Perspective on Paul” would not have much meaning. However, this debate in theological circles has massive influence on many pastors and church leaders today. It hits at the core of the Protestant doctrine of justification by faith alone, and thus, is an important one for Evangelicals and those within the Reformed Tradition to understand.

The book, By Faith Alone: Answering the Challenges to the Doctrine of Justification edited by Gary L. W. Johnson and Guy Prentiss Waters[1] is a compilation of contributions from various authors who span a variety of theological disciplines and pastoral roles addressing various challenges to the traditional Reformed understanding of justification.[2] The intended audience of this book assumes some familiarity with the New Perspective on Paul (NPP), and perhaps some post-graduate theological studies. Though the book is written apologetically from a traditional Reformed perspective, it would be beneficial to anyone interested in the NPP and the various discussions surrounding it.

The foreword given by Dr. David F. Wells lays out the premise of the book. He begins by recounting the Protestant tradition in terms of the five Solas of the Reformation, which Evangelicalism had broadly followed, then critiques the split which has happened in Evangelicalism (15).[3] In doing so, he introduces what will be the main thrust of the content of the book—a critique against the implications of the views of the NPP and Auburn Theology (Federal Vision) on the traditional doctrine of justification by faith alone. He admits candidly, “This desire for doctrinal clarity that I share with all of these authors, this yearning for biblical truth, makes me hopelessly ‘modern’ as it does them” (19).

Introduction to the Issues

Guy Waters’ chapter helpfully summarizes the Reformed Sola Fide position—that justification is both a forensic, legal declaration and also entails the imputation of Christ’s merits to the believer (22-23). In contrast, he outlines the foundations of the NPP. Of note is the contribution of E.P. Sanders who argued that Second Temple Judaism was not a religion of “merit-mongering” but was in fact was thoroughly gracious (24-26).[4] James Dunn’s arguments also summarized that the “works of the law” argued against by Paul were not an effort to earn salvation through obedience to the law but rather “boundary markers”— distinguishing Jews from Gentiles. These and other works have reframed the NPP’s approach to Pauline scholarship by informing the context of Paul’s letters in Second Temple Judaism.[5]

In essence, for the NPP, these discoveries reframe Paul’s doctrine of justification as a matter not primarily of soteriology, but rather of ecclesiology.[6] For Dunn, justification includes the inward transformation of the sinner and is not by faith alone but by faith and works that result from that inward transformation (26-27).[7] Waters points out a possible oversight by the NPP and Federal Vision, that their position actually unwittingly (and perhaps ironically) mirrors the same conflict of the Reformers and Medieval Catholicism between a thoroughly gracious religion and a partially gracious one—one which can be said to hinge simply on the adverb “alone” (32). These helpful summaries by Waters provide a good launching point for the rest of the discussion in the book regarding the NPP and Federal Vision theologies as they pertain to the doctrine of justification.

A New Reading of what Paul was saying?

Venema in the second chapter of this book interacts critically by juxtaposing numerous works in response to the NPP.[8] This chapter is helpful in outlining the critical debate between the opposing positions offering the counter-arguments to the NPP at least until 2006. Based on Sander’s studies on Covenantal Nomism, Wright insists that the problem Paul was correcting was not legalism but rather a perverted nationalism. For Wright, the “righteousness of God” is in reference to His covenant faithfulness to His promises to Israel and cannot be imputed to believers nor is it required for God to declare His favour over them. Faith in Christ is the badge of covenant membership (36-49). Venema points out that Wright’s view of justification remains undeveloped when it comes to his understanding of the work of Christ in explaining how his work of atonement relates to the justification of believers (49).

Furthermore, Venema argues that Sander’s view of Second Temple Judaism actually lends credence to the Reformation view since his view of Covenantal Nomism is analogous to semi-Pelagianism. Therefore, Sanders’ study only seems to confirm the Reformer’s parallels between Medieval Catholicism and the Second Temple Judaism (49-52). Venema continues that the NPP has not demonstrated that Paul’s use of “works of the law” refers exclusively to boundary markers of Jews from Gentiles nor does a historically contextualized reading of Paul require Wright’s conclusions.[9] He then goes on to build a positive case for the judicial context and definition of the “righteousness of God” (54-55).[10] He states that, “My assessment of the New Perspective suggests that it is neither as new as its proponents claim, nor as capable of providing a more satisfying interpretation of Paul as promised” (59).

Some problems with Wright’s New Perspective

David Gordon lays out three main points which he sees problematic. Firstly, Wright’s understanding of the New Testament primarily as fulfilment of the promises made to Abraham instead of the redemptive pledge found imbedded in the Adamic curse (61-62). Secondly, the Christus Victor language employed by Wright downplays the wrath of God as a threat which has been averted by Jesus’ death and resurrection (62-63). And thirdly, that while Wright’s understanding of “righteousness of God” in Romans has an element of truth in the observation, it misunderstands the forensic/juridical context (63-66). Gordon spends the rest of the chapter expositing four points against Wright’s definition of the term. His treatment flows from the exegesis of relevant texts of scripture and analysis of the δικ-word- group throughout Romans. NT Wright has made many valuable contributions to theological studies and is fine scholar, however, Gordon also raises the point that, “By excluding the middle, by refuting a view that (to my knowledge) no one has ever held, Wright then jumps to another view of justification” (73).[11]

Richard D. Phillip’s chapter answers some of the specific challenges to imputation. He points out that the objection that Wright makes is based on a category error—where Wright appears to think himself to be correcting a notion that imputation is some sort of substance transfer, impartation or infusion. However, every Reformed definition of imputation denies such an equation.[12] C. FitzSimons Allison continues the analysis of imputation in the next chapter by looking at some of the historical debates surrounding it by Catholicism and other objections to Reformed teaching (99-109).[13]

David VanDrunen in his chapter builds a defence of the active obedience of Christ in light of recent criticisms (127-133). He goes on to consider the challenge to the requirement of perfect obedience posited by E.P. Sanders (134-139). He ends off his chapter with a discussion of the righteousness of God and the active obedience of Christ (139-146). The chapter by R. Fowler White and E. Calvin Beisner was particularly helpful in expounding the interconnectedness and importance of a proper understanding of Covenant Theology in this debate on justification (160-170). John Bolt’s follow up chapter on the necessity of the doctrine of the Covenant of Works is also helpful in addressing the critique and objections against the Reformed position (171-189).

The last chapter by Gary L.W. Johnson is helpful in bringing the discussion, which can tend to be very abstract, to bear on its implications and application to Evangelicalism today. He asks the question of what defines an Evangelical and how this term has lost some of its distinctiveness. This discussion of what justification means is central to questions of salvation with a wide range of implications into various other aspects of theology including our ecclesiology and approach to ecumenism. Our understanding of justification also greatly influences our methods of ministry, proclamation of the Gospel and Biblical counsel.[14]

I would have loved to have seen some more interaction with the positive contributions of the NPP and discoveries of studies in Second Temple Judaism and Covenantal Nomism. However, that was out of the scope and focus of this book. Also, it would have been interesting to see how the authors would interact with N.T. Wright’s newer works such as The Day the Revolution Began: Reconsidering the Meaning of Jesus’s Crucifixion, where he offers critique to the method of some Evangelicals in defending substitutionary atonement in a way that reduces Christ’s work to only penal substitution.[15]

I think that Wright and other proponents of the NPP offer a good corrective against certain imbalances, also their insights into Covenantal Nomism are helpful in better nuancing the context of Second Temple Judaism. At the same time the critics of the NPP have been helpful in pointing out imbalances in the other direction and showing how Covenantal Nomism was not a monolithic view within early Judaism but that there existed a more complex and richly varied spectrum.[16]

While I remain unconvinced of the NPP view on justification, I don’t consider it totally unprofitable and look forward to learning more from Wright and others. Overall I enjoyed this book’s critical interaction with the NPP, although the Afterword felt a bit polemical. The chapters were well footnoted and the arguments were direct and well thought out. I would recommend it for anyone who is interested in reading some of the counter-points to the NPP. I’d definitely recommend this book to anyone wrestling with the New Perspective on Paul and justification.

← Prev: Evangelism and the Sovereignty of God What is the Canon of Scripture? | THE BOOKS OF THE BIBLE SERIES (Part 1) →

What better way to end off the year and give you ideas on how to put that Christmas gift money or... 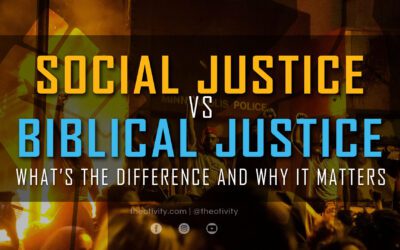 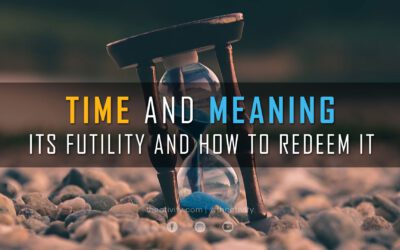